For me it was a whirlwind.

It started off with a promotion!! I was feeling great about it…a little more money, new responsibilities, new possibilities…

Well, shortly after that, one Saturday morning,  I was getting dressed to run errands… and I got a call to tell me that someone very close to me had passed away. I called her my “other” mom. Since I was a teen she accepted me as her own. She was truly a gem. We had the best conversations about any and everything. I learned so much from her over the years, and the news was like a blow to the chest. And I realized that out of all the parties, all of the functions, all of the porch time and random pop up visits, in the years that I knew her…we only had two pictures together, one I snapped, like a creep lol and one is lost in the sauce somewhere unknown. I also kicked myself for not going to see her the night before I got the news that she passed. It was on my mind to do, if only for just a couple of minutes before I went home from work. But I never made it. And the next morning, she was gone.

The year goes on and I get another promotion!! YASSSSS!!! A lil MO money, completely different position, just better for me! I organized several successful community events, made some connections for the agency, was just working HARD, ok?? Outside of my 9-5 I also got another chance to be a part of one of Buffalo’s hottest events of the summer!!! I hosted a women’s brunch, and a fashion show, and I was feeling GREAT!!

Ok, so then my job sends me off to Atlanta for training…..

I’m there soaking up knowledge, eatin good, enjoying downtown ATL..when I get a phone call that one of my best friends was brutally murdered. Yeah. You read that right.  This was a friend that I could really be myself with, and she could do the same. There are things that NO ONE else knows about me but her. The laughs and times that we shared were PRICELESS. Sometimes I just pretend that it’s not real. But for the most part though, that is hard to do, and… it really gets me down. I have never lost a friend so close to me, much less in the way that she was taken. The last night that we were together, she was going to another bar, but I decided to go home. The last time I thought to text her was about fried green tomatoes that I was eating in Atlanta and how good they were (because she used to make me fried green tomatoes). I never did end up texting her. I got distracted. And the next day I got the news.

These losses combined really took a toll on me, and were affecting me in so many ways. We often underestimate what grief does to your body and your mind. It was rough. I wasn’t sleeping. I was eating up everything, more than usual 😉 .. my memory was even a little screwy.

Because of the way I was dealing with everything going on,  a cruise to Jamaica couldn’t have come at a better time. I was able to relax. Get my mind off of things. While it obviously could not get rid of the hurt I felt, it was nice to be away. It was refreshing to meet new people and catch up with friends that became family. 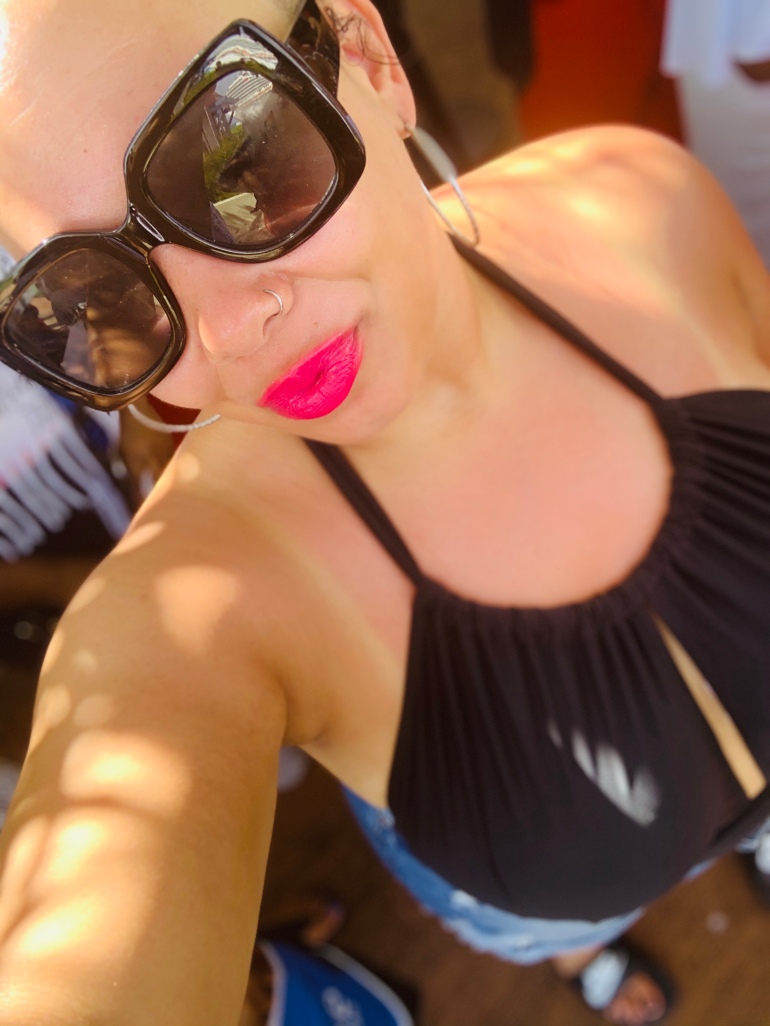 I then spent Thanksgiving in my “hometown”, Elmira, NY (keep the comments to YOSELF!) and it was amazing. I can’t tell you the last time I was there for a holiday. Whether it was due to petty family bullshit, or just timing and availability, whatever, who knows… but it felt great being there and reconnecting with my loved ones, and meeting some cute little ones for the first time!! Much needed.

Throughout the year, I experienced so many ups and downs, from work, to relationships, to family matters. It was an emotional roller coaster to say the least. But I also learned. My eyes were opened to a lot, and my heart was too.

-Take pics. Don’t delete them. Print them. Save them.

-Don’t be in such a hurry to rush out of functions and gatherings with the people that mean the most to you.

-If it’s a petty argument, get over it. Hug it out. Eventually 😉

-Talk about things more, be open about how you feel and why you feel it.

-Love on those that love on you.

-Don’t get so mad at things that don’t matter.

-Make the most of your time with people while they are still here.

My prayer is always a happy, healthy and prosperous new year for myself and the ones around me. But we should treat every single moment like it could be our last. Check up on your people. Live it up with your friends, don’t take advantage of the time you have with your family. Stay in touch. Try calling someone you haven’t called in a while…

Let me know if any of this applies to you, or if you agree with me on this one!!! Thanks for reading and for your support!

Get updates for new posts!

Use my referral code for Curl Mix! “Handpicked and handmixed Curly Hair products!